Mr Punch is Britain’s National Puppet, and he has been delighting family audiences for over 350 years. He may be daft and silly, and lose the occasional argument with a crocodile, but the secret of his success is in the joy and laughter he brings whenever he is performed well.

The character of Mr Punch is descended from the Italian clown Pulcinella who featured in the Commedia Dell' Arte medieval tradition of the 15th Century. Players toured Europe and Samuel Pepys recalls seeing such a troupe in Covent Garden in 1662 during the festivities surrounding the wedding of Charles II. This date is considered 'Punch's Birthday' and Mr Punch first become popular in London under the name Punchinello before it was shortened to the Mr Punch we know today.

Many of us associate Punch and Judy, along with wonky deckchairs and sticks of rock, with the seaside. And Mr Punch can still be found on the sands these days, most notable on the historic seaside pitches of Weymouth and Llandudno. However the show has always gone with the crowds, and the Professors of the past only moved to the beaches during the Victorian era as the seaside holiday rose in popularity. With the rise of foreign travel the numbers of holiday makers on British beaches diminished, as did the number of Punch and Judy Shows. The Punch Professors moved on and found new audiences at fetes and fairs, in shopping centres and schools.

For more information on the history of Punch and Judy visit www.punchandjudyclub.com 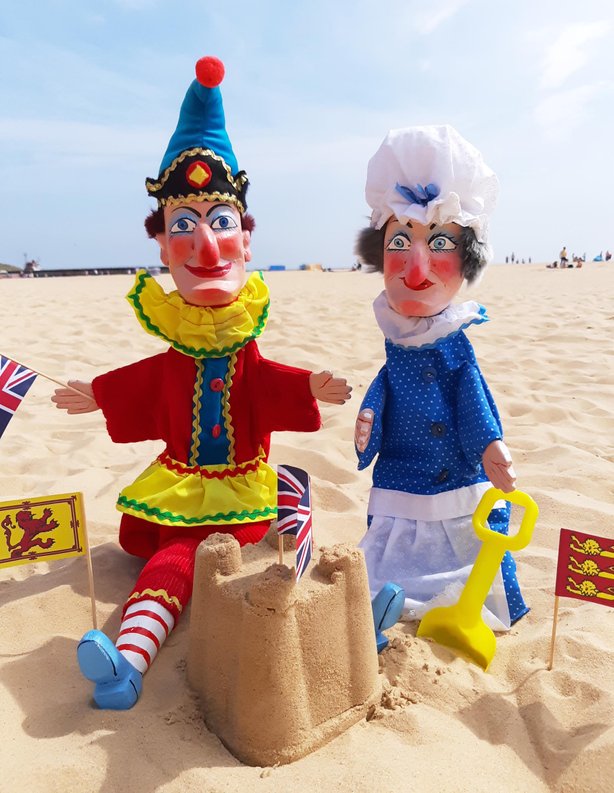